For State Representative – 80th District
Wolcott & Southington, Connecticut
Gale Mastrofrancesco
is a Republican and was elected to the Connecticut General Assembly in November 2018 to represent Connecticut’s 80th House Assembly District of Wolcott and Southington. She is the ranking member on the Government Administration and Elections Committee and serves on Human Services Committee and Finance Committee. She is also a member of the CT General Assembly Conservative Caucus.

Gale is an advocate for fiscal responsibility, limited government, personal liberty and defending the constitutional principles this country was built upon. 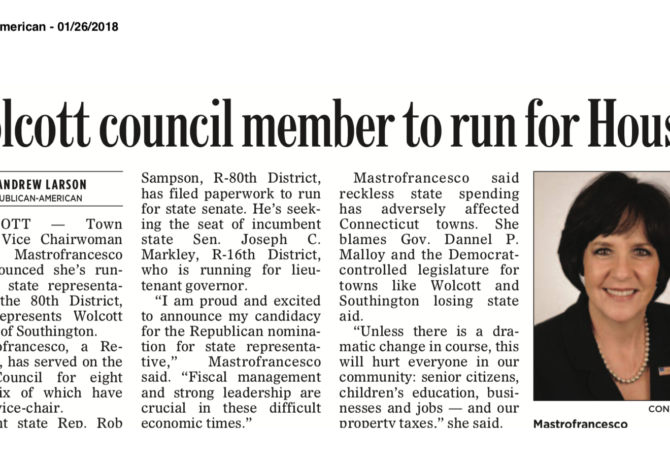 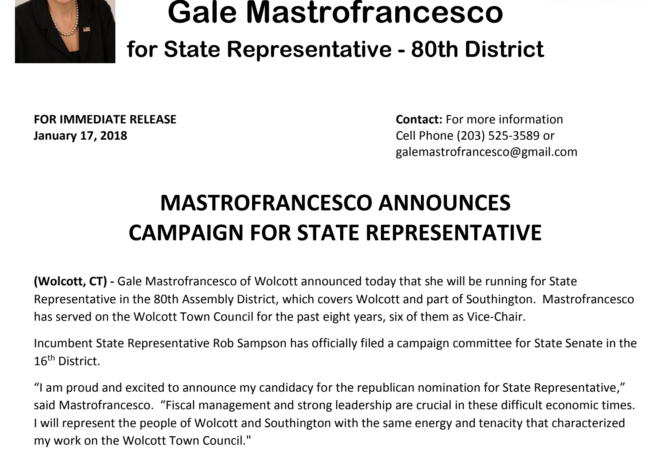 Press Release 01/17/2018
READ MORE
Thanks for visiting my site!
Please reach out to us if you want to help the campaign!

Let us know if you want a lawn sign or to host an event or to join our team of volunteers!
JOIN US NOW!